The pilot service launched in 2017, contributed access to public transportation and education of the bay. The effort began when the Southern Ocean Chamber established a Regional Economic Development Advisory Board in honor of their 100th Anniversary in 2014. It lead to the Vision 2020 strategic plan that created programs to advance and sustain the business community in the 21rst century. The Southern Ocean Chamber Downtown Driven program was one of the priorities resulting from that plan, which both Tuckerton and Beach Haven boroughs passed resolutions to work with the chamber that established best practices and innovation to boost the local economy and tourism. After meeting with both borough Economic Development Committees in 2017, it was clear that the chamber needed to organize a dedicated committee involving key stakeholders to make the ferry conversation a reality. Meeting monthly at the Chamber Office in Ship Bottom the committee reviewed research, collaborated on grant proposals and discussed budget options that would allow sustainable ferry service connecting the two boroughs. The committee is striving to generate operational support that will allow future service to assist with commutation to and from Long Beach Island for seasonal staffing in peak summer months.

The Downtown Driven Water Ferry committee has dedicated resources to keep the Tuckerton Seaport-Beach Haven Water Ferry powered by the Southern Ocean County Chamber of Commerce ferry service afloat, which was helpful to the Tuckerton Seaport to secure funding to purchase the pontoon boat. The committee voted to name the boat The Pohatcong II, a nod to the steam powered paddle wheeler Pohatcong which took visitors traveling by train from New York and Philadelphia to Tuckerton across the bay to Beach Haven during the turn of the last century. The committee and community leaders will host an inaugural sail when the boat arrives at the seaport later this summer. For updates and information on how to support visit www.LBIferry.com, or contact brookes@tuckertonseaport.org or the Southern Ocean County Chamber of Commerce at 609 494 7211 info@sochamber.com 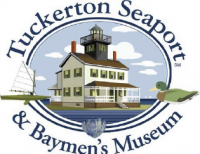 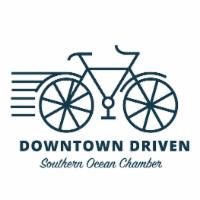